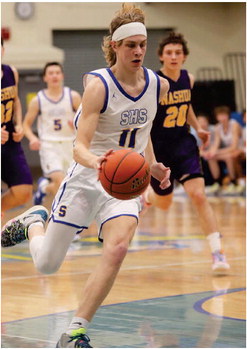 There is only one way to say it: the two-game homestand last weekend of the Scobey boys’ varsity basketball team was not kind to the squad sporting the blue and gold colors.

It was the District 3C game Friday night in Scobey where the Spartans were edged by the Nashua Porcupines 46-44. Don’t kid yourself, that one cut to the bone!

It’s hard to even imagine when the last time the Spartans were quilled by the Porcupines as it has been a rarity for quite a long time. The worst thing about the loss is the Porcupines now occupy the number two spot in the conference standings behind top-ranked Lustre Christian while Scobey drops to third place.

Scobey led 13-8 with two minutes left in the opening quarter but by the time the buzzer ...