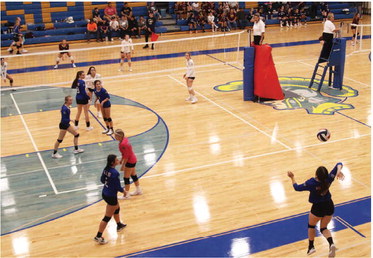 It was a very busy week

for the Scobey varsity girls’ volleyball team as it played a couple of District 1C matches on Tuesday and Friday and then hosted the 14-team Scobey Invitational Tournament on Saturday.

The Spartans traveled to Plentywood on Tuesday, September 6, a program that brought back home the runnersup trophy from the 2021 State C Tournament in Bozeman.

Despite losing 10 seniors from last season’s team, the

Wildcats of 2022 are still getting it done on the court.