Spartans To Entertain At Home One More Time In This Season 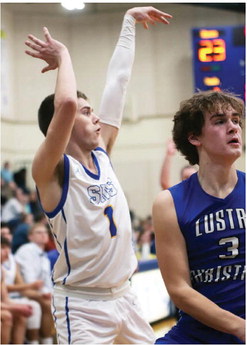 It's the fourth and final three-games-in-threestraight- days week for the Scobey varsity boys’ basketball team during the 202122 regular season and Friday's final home game could be the best overall showing yet.

The second-to-last weekend of the regular season concludes in Glasgow Saturday (CB 1 p.m., JVB 4 p.m., VB 7 p.m.), where the Spartans look to avenge their 60-26 pounding the Scotties administered on January 20. The 34-point defeat also halted Scobey’s home-court winning streak at 53 games, which began on February 5, 2016.

All three contests can be heard live on Scobey radio station KCGM 95.7 FM and Friday’s matchup with the Saco-Whitewater-Hinsdale squad is scheduled to be aired on Nemont.TV.

Last week lifted off on Tuesday the 25th when the unde...