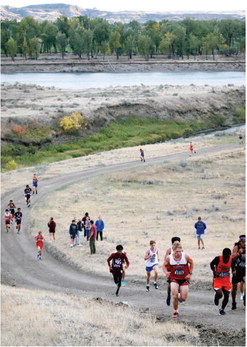 The Scobey cross country program is entering the stretch run of the regular season with three meets to go over the next three Saturdays, with all three in the northeast corner of the state.

The Spartans were originally scheduled to run in the Miles City Invitational on Saturday, October 2, but made the switch to the Fairview Invitational the same

The following Saturday (Oct. 9) is the Sidney Invite at the Sidney Country Club, were the runners will compete on the green grass of the golf course. Fourteen high school teams and 11 middle school teams are