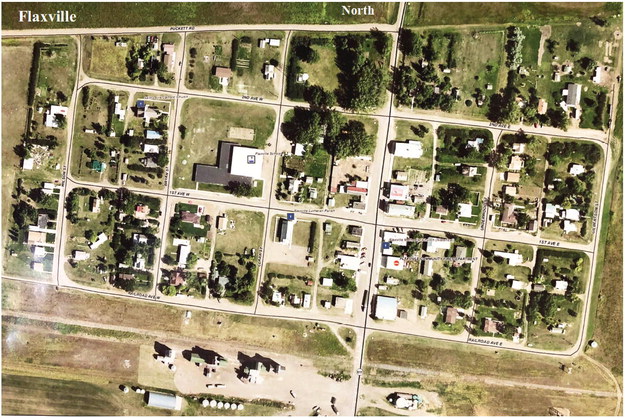 In 1924 Earl Vance, the Westland pilot, came to the fair with his airplane and everybody took turns and paid five dollars for a ride. Later the fairs were held in Peerless in what is now known as the old Hawbaker store. Early store proprietors were the Manley brothers.

On one occasion a prairie fire started in Canada and threatened the Butte Creek area while the residents were on their way to the fair in Peerless.

Smoke was seen by the Lowthians who turned their car around and headed for the Oliver Wyman ranch. Phil Lowthian plowed firebreaks until the people in Peerless observed the smoke and hurried back by the truckload to fight the blaze.

The earliest 4-H that is recalled in the Butte Creek community had Tony Kleeman, Clifford Fouhy, Ralph Jones, Bill Hames and Darold Jones as its first members with Phil Lowthian as the leader for the boys. The club began in about 1924 with A.W. Worden as the County Agent.

Another club that was popular in the late 30s into the 40s was a girls’ club known as the Happy Hearth and Home Helpers. Sophie Kleeman and Mrs.

Jess Slaughter were the leaders of cooking and sewing. Some of the members were Dorothy and Betty Feltis, Lloree and Marion King, Marion and Carol Slaughter, Beth Wyman and Lois Lowthian. County Agent was Earl Bjork.

The Coal Creek community, 10 miles north of Peerless, received its name because of the coal deposits everywhere along the creek. The name was later changed to Carbert because there was another Coal Creek post office in the state.

Ed Carroll built the first log cabin there in 1900. Soon settlers began to come in and became land squatters, as the land had not yet been surveyed for homesteading. They earned their livelihood by raising cattle, horses and sheep.

Soon the country began to fill up with people who came to be farmers instead of ranchers.