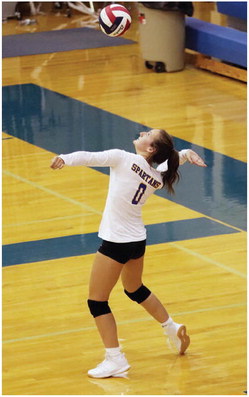 The two-match winning streak of the Scobey varsity girls’ volleyball team quickly did an about-face and has become a three-match losing streak after last week’s action.

The Spartans (2-6) lost 3-games-to-0 to the Froid-Lake Redhawks in Medicine Lake Tuesday, September 22.

A match orginally scheduled for Saturday, September 12, in Culbertson but postponed was made up on Friday, September 25, in Culbertson with the Cowgirls executing a 25-18, 27-25, 25-19 sweep. Ryleigh Backman had 8 kills and 5 blocks along the net for the Spartans, Sage Kilgore had 2 aces, Gracee Lekvold had 2 aces and 7 assists and Whitley Maher had 8 digs.

Scobey hit the road for the third time in five days

when traveling to northern Richland County to face the Fairview Warriors and losing 3-1.

In eight matches thus far in the 2020 season the Scobey girls have lost 20 games and won 10.

The Spartans get another crack at the Culbertson Cowg...