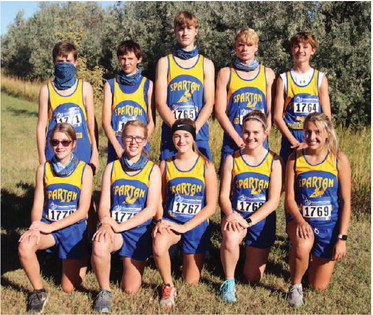 From a fan-viewing standpoint it is the best cross country course in the region and all are invited to look in on the action.

The course is unique as spectators can stand on the north side of the route, which is the highest elevation, and look down to the south, east and west to watch the races with the beautiful Missouri River in full view (and with a little luck some fall foilage along the southern bank). There are long and gradual stretches where the runners are descending and climbing. On the opposite end of the spectrum there is Heart Attack Hill on the east end of the course, where the harriers are strongly tested with an uphill climb but later in the race get to cruise down it. The stretch from the bottom of Heart Attack and along the river is flat before

having to make the gradual climb back o...